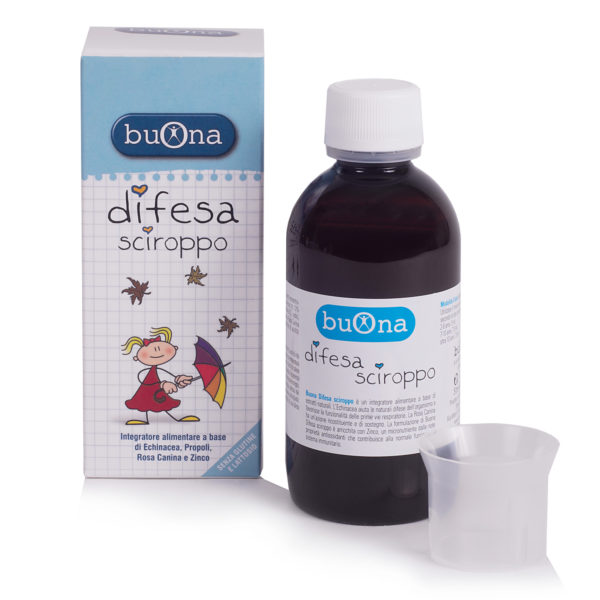 Does not contain gluten or lactose

0.5 ml of product per kg of body weight

The active ingredients of Buona Difesa can help the body’s natural defences fight disorders involving the respiratory tract, especially in the upper airways, which are very common not only in winter but also in spring.

Shake the bottle before use.
Use the measuring cup to pour the syrup according to the recommended dose: 0.5 ml of product per kg of body weight (up to 10 ml).

Use of Buona Difesa is recommended for 20-day cycles, to be repeated at least 2-3 times during the winter season with 10-day intervals between each cycle.
Best taken in the morning.

Rosa canina (Dog rose) is a deciduous shrub with pale pink flowers which normally reaches 2 metres in height. It is called canina (canine) because its berries were used to treat the bites of rabid dogs, hence the name “dog rose”. The small berries of dog rose are the most concentrated “natural source” of Vitamin C, even 50-100 times higher than that of a traditional citrus fruits (oranges and lemons). 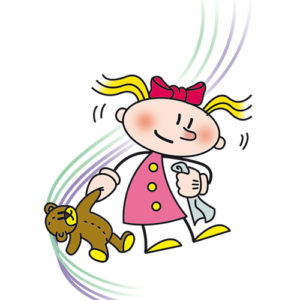 Our advice for your child Buona, with the assistance of Dr. Giovanni Vitali R...